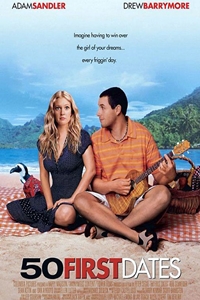 Arctic marine life veterinarian Henry Roth has his future all mapped out. When he's not tending to the sea animals at Sea Life Park in Hawaii, he is breaking the hearts of mainland tourists in search of a vacation romance. A long-term relationship for Henry is out of the question. It would scuttle his 10-year dream of sailing to Alaska to study the underwater life of walruses. Henry is close to making his dream come true when his schooner, the Sea Serpent, suffers a mishap during a trial run, which lands him at the Hukilau Café where the regulars eye him with distrust when he sets his eyes on one of its patrons, the beautiful young Lucy Whitmore. Henry is immediately smitten with Lucy, and after a first chat with her about waffles and sea mammals, Henry finds himself more and more interested in Lucy. Ignoring his own rule about dating local girls, he makes a date to meet her for breakfast the next day. But when he arrives and makes a reference to their previous conversation, she thinks he's some kind of freak and calls for help. Lucy has no idea who he is. And Henry realizes that if he wants to win her affections, he's going to have to start over again every day for the rest of his life.